Some Warning Signs of Smoke Damage After a Los Gatos Fire 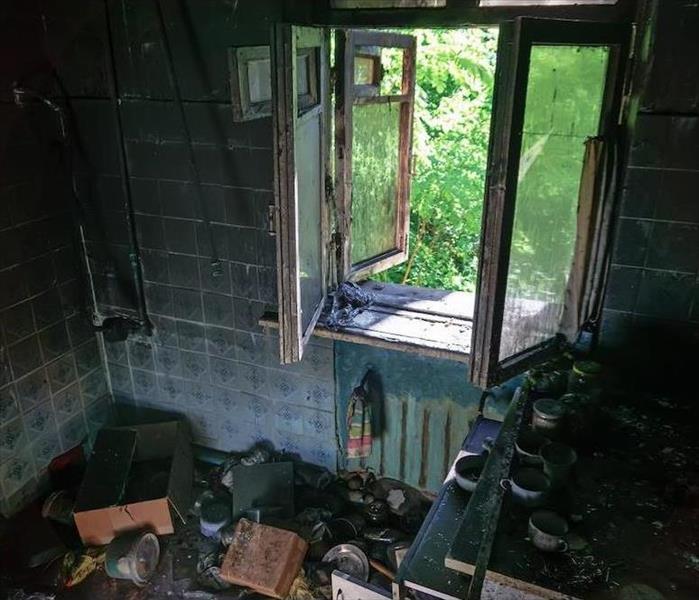 Fire and smoke can affect many materials in your home. Contact SERVPRO to mitigate the situation after a fire.

Fire damages structures and contents in different ways. Most people only think of damage as charred remains or ashes. Other forms of damage such as smoke particles settling or adhering to surfaces do occur. In most cases, such smoke damage is more extensive than the damage from flames. The probability of restoring items affected by smoke in your Los Gatos property is much higher if the right approach is taken.

How stubborn smoke residue is, in a case of fire damage in Los Gatos, can be traced back to the intensity of the fire. High temperatures open up pores in the materials where the smoke residue is deposited. This expansion allows aerosols and other residues to penetrate deeper. Cleaning such sections requires extra effort. Our SERVPRO technicians use high-pressure washers and cleaning agents to remove any baked-on smoke residues from the affected areas.

HVAC systems in your premises can spread residues all over a structure by distributing the smoke-filled air. Some components of the system such as mixing boxes, turning vanes, dampers and cooling coils might also be damaged necessitating replacement. While our SERVPRO technicians might not repair such systems, we do a thorough inspection to establish the level of damage. In most cases, only the ducts require cleaning and our technicians do this by vacuuming and washing the interiors.

Bad odor is also common after a fire. Even though it is invisible, the discomfort it causes can render your property uninhabitable. Most odors disappear once you clean residues left in the affected areas. However, some require specific deodorization efforts. For the best outcome, deodorization should recreate the same procedures the odor-causing particles penetrate the surface. Since smoke is the primary source of odors in cases of fire damage, our SERVPRO technicians use foggers to deliver the deodorizer effectively. We can also use Ozone machines or hydroxyl generators depending on the situation.